In 2015 the Aged Care industry underwent major reform by the government. The industry was converted into a consumer directed care system where customers had far greater choice over the types of care and services they accessed, how and when they received them, and most importantly: from whom. In a rapidly changing and increasingly competitive environment, Care Options were having a tough time adjusting: Turnover was at an all-time high, the team weren’t motivated, complaints averaged 15 per month, and they were operating at a net profit loss of -1.1%.

The Organisational Culture Inventory® (OCI) showed that Care Options’ current Culture had positives: people were expected to be supportive of each other as well as friendly and open. However, there was also an emphasis on needed to follow the rules, oppose new ideas, and shift responsibility for decisions. The resu lt was pleasant place to work – but people weren’t motivated or satisfied. People felt the company could be performing better, but that they couldn’t do anything about it.

The Organisational Culture Inventory™ (OEI) revealed what was causing the culture to be the way it is. Employees didn’t have influence or involvement in shaping the company. The way jobs were designed reinforced expectations to behave passively. Leaders had opportunities to improve the way they role modelled and communicated their expectations for excellence.

We partnered with Care Options following the OCI/OEI assessment to facilitate three major activities that were pivotal to the success of the Culture Program: 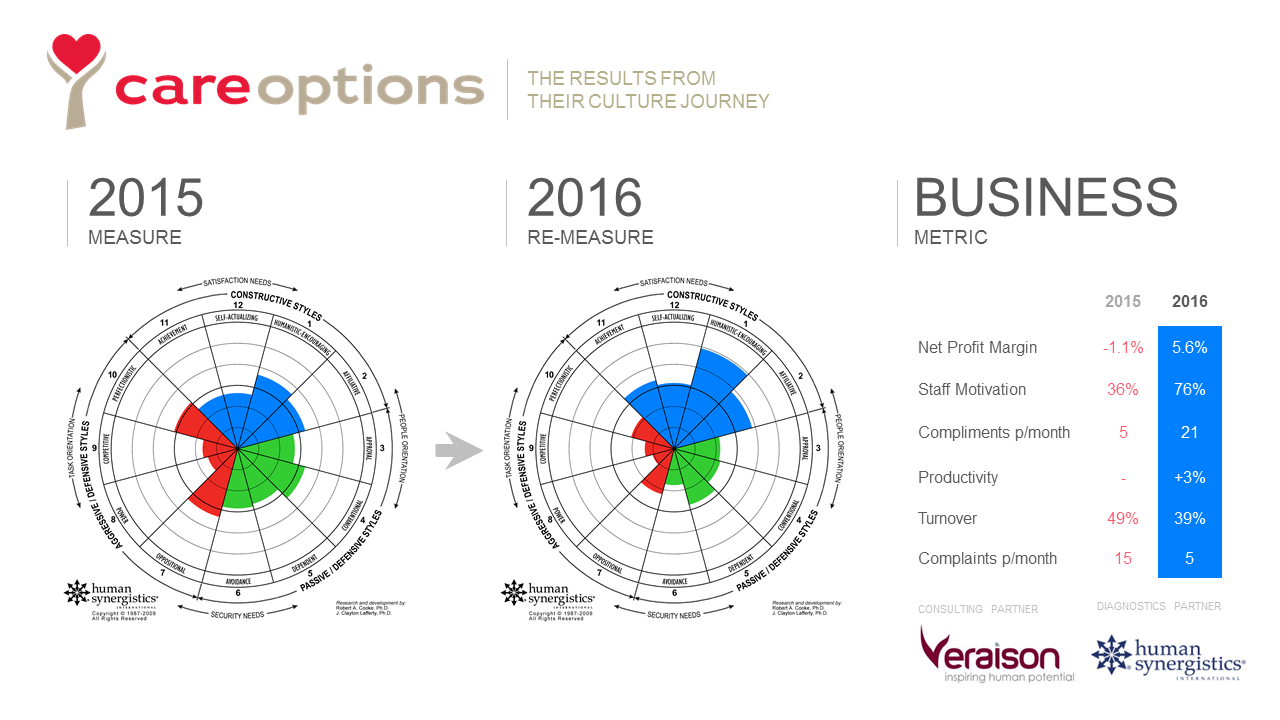